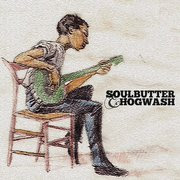 There is such a hic-c 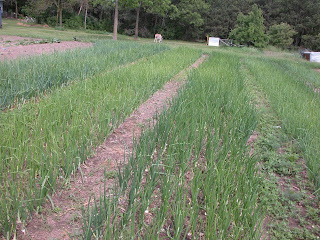 up-y way the strings reverberate in the drum...like the snags and bumps in the road walked with a friend- one who becomes more dear and more frustrating the longer you know him, the notes trickle down from the halts and stops into a meandering moseying pattern of song.

Folk music. As in: Music of just folks.

Someone once said: "A friend knows the song in my heart and sings it to me when my memory fails."
Farming fails without friendship and song. Virtually every act in farming is an act of trust, either in God or in our fellow man...eac 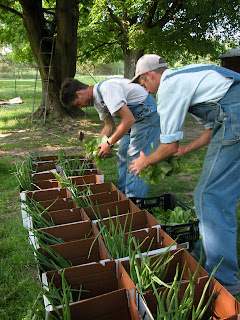 h little act, be it carrying a panel, laying out drip irrigation, working side by side in a field weeding...requires some form of "I gotcha man, I got your back, hold up your end!" The physical hardship of transplanting in frigid winds, harvesting with sweat dripping down your back, and weeding with dislocated thumbs and aching joints requires some tenacious measure of clinging to the clumsy strands of remembered melodies...be it Palestrina or Harry Belafonte...and where there must be music there must be parts, members of one whole melodic line each singing their bit...there must be friends. 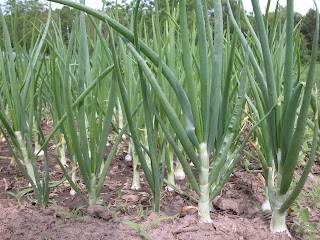 We've seen the decline of small family farming correspond with the decline of front porch and fire-side chats, Sunday Sings, and camp-fire rounds. How can a heart dried up of all refrains and melodies, too embarrassed to reveal his daily joy and pain, expect the earth to sing the songs of renewed fertility and full harvests?

Proust said "we must be grateful for those who make us happy...they are the charming gardeners that make our souls blossom". All the practice we make in being loyal to our fellow men, make us good husbandman of our countrysides as well...we are practicing the fine art of gardening...we bear with each-other's faults, not to g 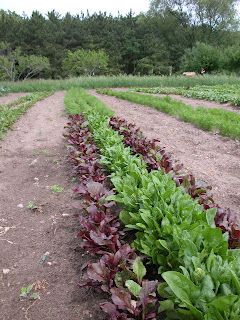 ather up ammunition for later if things grow cloudy, but to wait for the day when we can help weed each other's character in hopes of the sky high sweet corn and voluptuous tomatoes of heroic virtue.

My Mother used to belt out "Sometimes I feel Like a Motherless Child" while sweeping the floor and doing dishes. I never felt closer to her than when she was lost in a world of Broadway melody and Spirituals. I didn't realize it then, but she was teaching me, uncounsciously, how to meet adversity with a heart swelling with soul and song. The very act of bursting out with some ridiculous rendition of Rita Moreno's "I want to Live in America, Everything's Free in America" invited audience participation...it said "Come on! Be happy with me! And before we know it, our work will be done!" The song was a gentle request for companionship in daily labor... 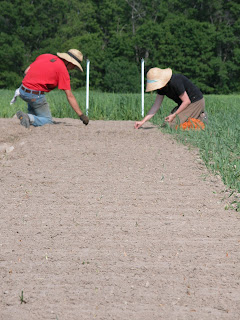 She used to tell me in passing how her whole family would pile in the car and sing all the way to and back from the mental hospital, where they picked up my Grandma. Here was a family racked with some of the most intense suffering a family can undergo, children raising each other while their mother battled the mysterious and sometimes violent enemy of her own mind, a husband remaining faithful even when at times he had only a memory of his beloved to hang on to...and yet there they'd be, windows rolled down, hair blowing about, singing "You are my sunshine", "HANG DOWN YOUR HEAD TOM DOOLEY!" and "Day-O!" at the top of their lungs.

In her letters my Grandma would frequently end with: "Keep singing!" and her entire life, her still cheerful nature, stand testament to the wisdom of such advice.

This family lore and tradition has gone far to instill in me an understanding that home is where you sing, and family is who you sing with. I'd now add to that that a farm is where you work while singing, friends are those working beside you, picking up the harmony with the rocks.

When my bossy little cow pushes me about...a little (nervous) hum wells up in me...and I trickle it out between shots of adrenaline...fully conscious that this little Miss outweighs me by many hundreds of pounds...slowly, slowly, the humm turns to unabashed song, and in the twilight Daisy is stunned 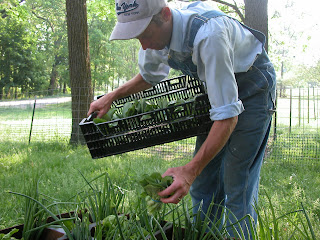 into submission by a drowsy and curious reaction to the magical power of man-made song, which buoys us and bullys her into gentleness.


One of the greatest legacies left to this young country is our hodge podge collection of folk songs and spirituals, sung by black slaves on the plantations that built this country. Seamlessly weaving toil and trouble in with their thirst for the promised land, these songs could be accurately called the work songs of a farming race, farming songs, that bundled up all the suffering and injustice of involuntary labor, to distill it in melody and yearning, and sanctify the best and noblest aspects of manual labor alongside your brother. No matter who you talk to, the promised land is said to be swamped in song...and singing in the fields takes a would- be hell and carves it into practicing heaven.

"Soon-a will be done with the trouble of this world,

Soon-a will be done with the trouble of this world.

Come my brother and go with me,

Come my brother and go with me,
When I get to heav'n I will sing and tell

When I get to heav'n I will sing and tell

How I did shun both death and hell."

"...somebody over in the crowd stuck up the doxolojer, and everybody joined in with all their might, and it just warmed you up, and made you feel as good as church letting out. Music is a good thing, and after all that soul-butter and hogwash, I never see it freshens things up so, and sound so honest and bully." 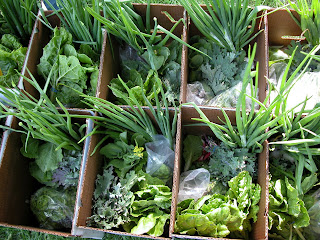 I'll never forget a similar experience I had while at college in California. My friends and I were in a state of shock when just one month after graduating, our friend John Marie St. Francis was killed in a car accident off the cliffs of Hiway 1 in Monterey County. He was 22 years old. And among us, he was one whose youth flashed with more brilliance and imagination than most...


As we sat in church and listened to the sermon, numbness and incomprehension spread thickly over all of us. I still remember sitting in the pew unable to feel anything. Not anger, nor grief, nor even understanding...it wasn't until we were standing beside his grave and a band of boys stood near John Marie's mother and sang the words to "My Comrade" did I begin to grieve and thaw.

The music gathered up all the fragmented realities surrounding his d 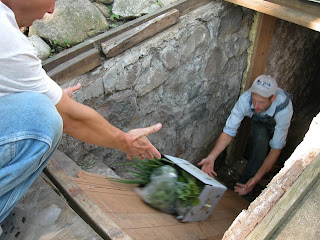 eath, and gave them a coherent meaning...the boys standing beside each other, fighting manfully against their tears that they might finish the song in full voice, the refrain itself lifting the coffin, and it's precious cargo before the clouded eyes of the mind: "What's best in our friend will be carried on in us.

What's best in him lives on in this song.

So much in our modern life is nothing but soul-butter and hogwash.

Singing will bring back rural traditions, and with them, the small farm. Singing makes a day of hardship wrestling the earth into submission fly by with grace and beauty. It oils friendships squeeky with human doubt and frustration. It plants a seed of true culture...and delights the ears of our waiting children.

"Fighting Bravely in the battle

Galloping on and on

Riding in the ranks of horsemen

Thou wert my dearest comrade,

Thou the one I loved the most

These people are saying it better than I am:

Teaching boys the art of Rugby, Song, and Juggling at www.stgregorysacademy.org