Wisconsin's Small Farms on trial in the Hershberger Case

Ask your average Wisconsin resident, let alone Sauk County resident, about the trial of Vernon Hershberger, and they will inevitably say, with a knowing glance, "Well, it is a dairy state you know."

Vernon Hershberger is on trial for "illegal sale of raw milk" to his shareholders on his Loganville WI farm. On June 2nd of 2010 officials from the Wisconsin State Department of Agriculture raided his family farm, tagged his tanks and dairy products, and dyed all the milk in his holding tank blue. He was told he must cease desist any sales of raw milk. After much prayer and thought
Vernon tore off the tags and continued to supply his herd-share members their dividends of raw milk, a dividend that they are due as members of his farm-share program, having invested both money and work on the farm in their endeavor as shareholders.

What is telling about the response you get, from your average Wisconsinite, about this "raw milk trial" is that no one is surprised that "they're going after the little guy." There is a tacit understanding, that in a state known for its big dairies and commercial cheesemaking, there are more rules and regulations...and those rules and regulations, far from being in place to protect the consumer, are in place to protect big business interests. Anyone else find this troubling?
Hershberger's laywer was able to obtain a trial delay only when she pointed out that Hershberger's 1st ammendment rights are at stake here...and that due to his religious beliefs he could not do anything else but choose not to comply with the order to desist distributing his milk. In my mind this is less a religious liberty issue, and more of a private property issue. The 2,000 lbs of milk that were destroyed in the raid were the private property of the share-holders of Hershberger's farm.
If Vernon Hershberger is sent to prison to serve out a sentence for the crime of offering and distributing herd-shares, with raw milk being the dividend, then it will be a gross act of injustice not only towards him and his family and his shareholders, but to every small farm in Wisconsin, and to every farming family that is striving for a "small is beautiful" sustainable agriculture. There will be a precedent set that proclaims to all the nation that Wisconsin is a backwards state which criminalizes those striving to involve their supporters in the continuance of a life lived closer to the land, and responsible stewardship of it through community supported agriculture shares. What a blow to a state filled with people of resiliency and determination, to a state dotted all over, especially in this unique and inspiring driftless region, with small farms, farms nestled in hillsides that are specially suited to the  grazing of small dairy herds. If you live in Wisconsin and are reading this you can do one of  two things: you can either shrug, and say "it is a dairy state you know, and we all know what that means!" all the while privately, or not so privately, proclaiming Vernon Hershberger a religious fanatic, a nut, with too many children and not enough sense not to stick his neck out. Or you can decide to do one small act to save the dignity and freedom of this beautiful State of Wisconsin. You can tell somebody about this story.
Tweet it. Facebook about it. Email it. Write an editorial to your local paper. Talk about it in your church hall. Blog it. Chat about it at the barbers, the bank, the feed store. Give this story the light of day, and give it the gravity it demands, cuz folks, it isn't just one man on trial here.CSA shares are on trial here.
A CSA share is simply membership in a farm. Sometimes your share in a farm means seasonal and weekly dividends of veggies. Our own CSA program in Minnesota and Michigan was just that. But there are also cheese shares, and pastured meat shares, honey shares, wool shares...these programs allow a greater intimacy between farmer and consumer....indeed they go well beyond that tried and worn-thin relationship...when you sign up for a CSA share of any kind you can be sure that transparency comes with the bargain. 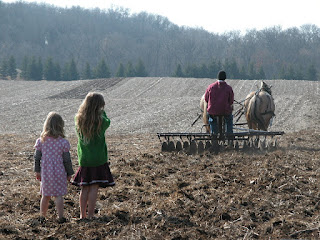 As a farm-member you can come and visit the field of veggies, or the herd of cattle, or the flock of chickens, or the farmer doing the milking...and you can do your own inspection, and see to it that those animals, that land, this farmer-friend of yours, are all doing what they are supposed to be doing...being nurtured as they are supposed to be nurtured. Talk about Trade and Consumer Protection agency!
You have a right to demand the freedom to participate in such farm-share programs! You have a right, as a Wisconsinite, as a citizen of this nation, to become a vital support to a local farm of your choosing, and to receive from that farm dividends in food and knowledge and farm-products. And that right is at stake with this trial of Vernon Hershberger from the town of Loganville, WI, population 300. Yep, that's right. At the time of the raid on his small farm, Hershberger's town clocked in at 300 according to the 2010 census. If that didn't get your attention I don't know what will. At best it's a rather big waste of tax-payer resource, this going after a guy with such a small farm is such a small town in such a "big dairy state". You'd think that the DATP would have better things to do, bigger fish to fry.
But here's the real story:
The Little Guys are the Big Fish. Should be a slogan on a tee-shirt. Unfortunately most of us don't believe it. Most of us are too busy trying to make ends meet, pay feed bills, plow and disc and cultivate our fields, too busy building our farms, or clocking in at our nine to fives to recognize that a paradigm shift, that a sway of public opinion means money won or lost for the big guys....and a paradigm shift is exactly what you have when it becomes common knowledge that you don't need to farm hundreds of acres to make a living farming. All you really need to make a living farming is a core group of people who are willing to become a part of the adventure of it. A group of people who will sign up to become share-holders of your small goat dairy herd, of your veggie farm. In so doing, you cut out all the middle-men, and food becomes supremely safe, because the whole process of growing it is completely transparent to the consumer, who has been made partial owner in a real sense. If you truly want food safety you need to do whatever small or large thing you can to fight for people like Vernon Hershberger. Your right to support small farms is on trial. Period.
And we can't make a go of it without you. Thank you for your support.

For more info about Vernon Hershberger's Trial go to: www.vernonhershberger.com

For the trailer of the coming documentary "Let Them Eat Grass" in which Hershberger is featured:
www.youtube.com/watch?v=EDAaxE-cqsy

Vernon's trial is set for the week of May 20th 2013 in Baraboo, Wisconsin. 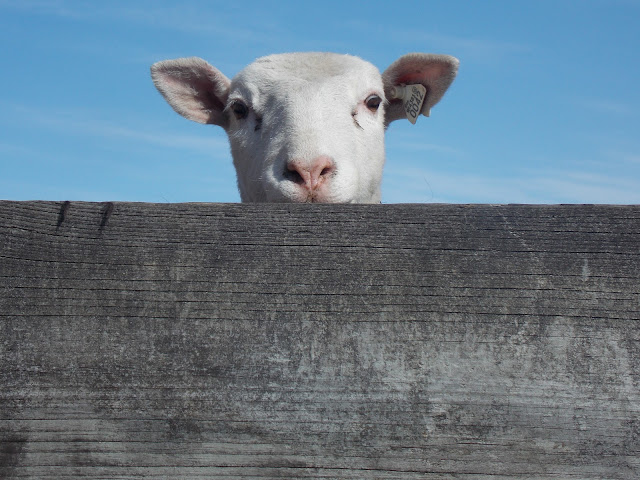 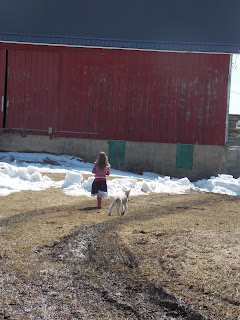 is now offering 100% pastured lamb from our hilltop farm located in the beautiful driftless region of Southwest Wisconsin. We are a seasonal horse-powered grass-fed farm, making our annual December deliveries to
*Madison,
*Viroqua,
*Spring Green,
*Twin Cities of MN.
Your support of our small farm allows us to continue our pursuit of sustainable and responsible farming in a manner that is both ecologically sound and poetically beautiful. 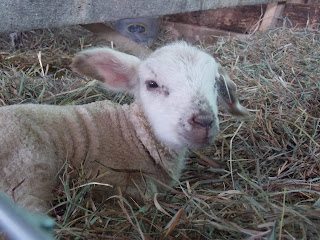 100% Grass-Fed. Chemical-Free Pastures all day, every day. Sustainable Small-Farming at it's loveable best. Our sheep feed on the hillsides of our pasture farm located in the Amish community of Hillpoint, WI. Much like the first settlers to farm the Driftless region, we were inspired by the rolling and, in some areas, steep terrain which makes this area so beautiful to behold. The Driftless region of Wisconsin is no corn and soybean quilt. The farms, nestled into the crooks and crannies of the valleys between the rises are nurtured in the relentless local land- inspired principle that small is indeed beatiful.
Small Farm. Big Heart.
2013 Pastured Lamb Prices:
When you pre-order a lamb from Little Flower Farm your check reserves your whole or half. We are selling you your lamb "on the hoof". We will make arrangements to have your lamb processed at the local butcher's. You are responsible for processing fees upon pickup at the Butcher's. 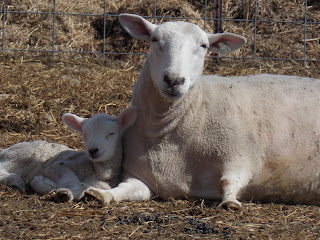 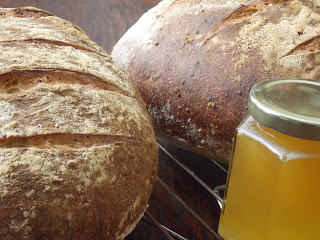 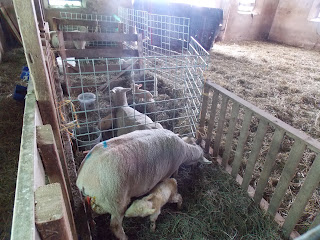 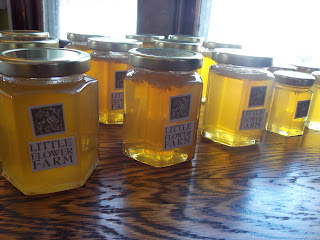 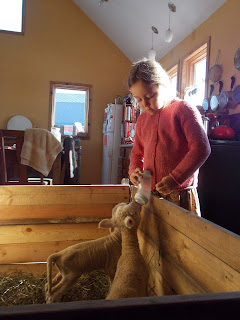 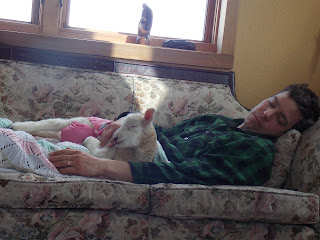 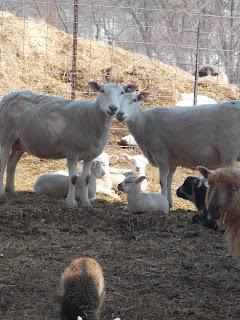 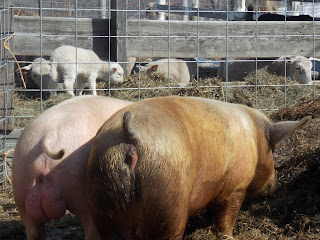 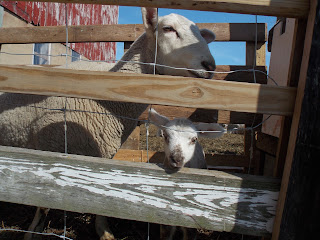 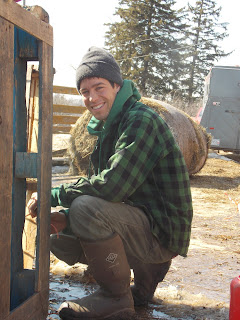 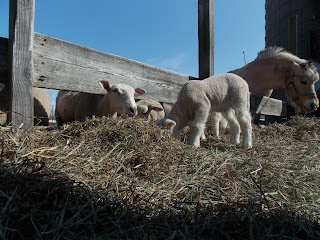 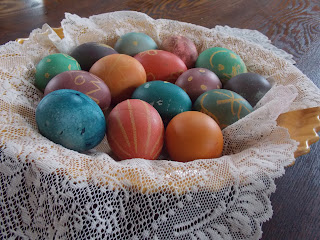 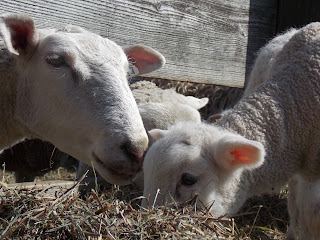 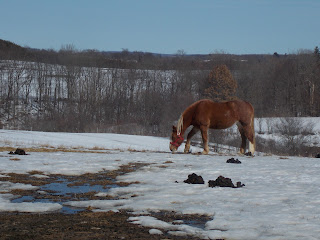 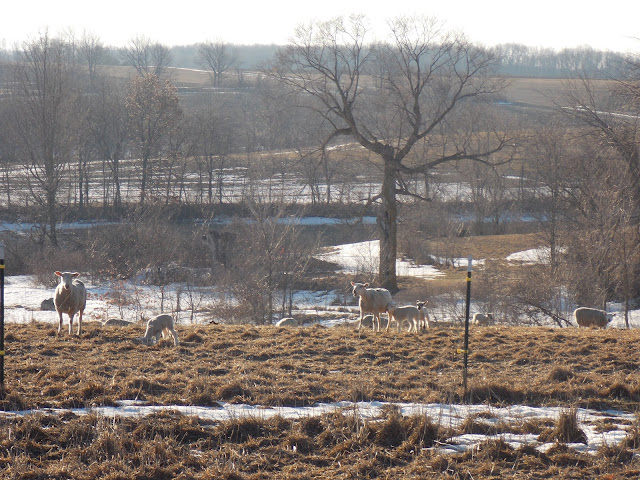