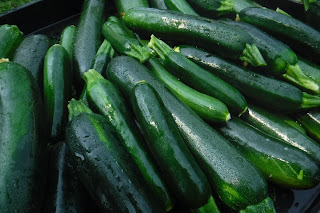 This past week we had a once-a -year visitor to the farm: Claire arrived toting two tanks filled with liquid nitrogen and long slender tubes filled with bull seed for breeding our jersey cow, Buttercup. We had heard that Claire was 1.) “The Best.” 2.) The only one for miles who is still handling small herds. 3.) Hard to get a hold of.

We soon found the first two rumors to be true, but he was quick to get back to us and schedule a visit because he immediately understood how important getting her bred back was to a family with one cow. His affection for cows was apparent right away. He arrived, pulled on his boots, regaled us with the fascinating wonders of liquid nitrogen (many times colder than dry ice! Over negative 300 degrees! And we talked “Bull”, eventually choosing a Red Angus to get a more muscley calf to rear for meat next year. 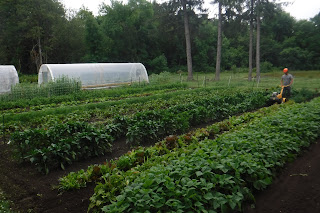 A compact man with a light in his eye, and a steady stream of causal wit and humor, he rotated one of his strongly built shoulders.

“Had to have my shoulder replaced. It wasn’t cheap, but they did a good job.”

The toddlers watched wide-eyed as he pulled on an elbow length sleeve and approached Buttercup in her stall.

“Easy now. It’s alright. You’re a nice one aren’tchya! A real sweetheart.” He gently rubbed her rump and calmly reached int, pulling out some nervous droppings- as unfazed as a considerate midwife. We were all appreciative of his decorum and manner.

He had the tube tucked into his shirt, sticking out at his neck, to warm it. As he took it out to insert it, he said: “My wife doesn’t like cows or farmers of my car. I love cows. Have done all my life. My cows, my farmers, my car, that’s all I have in this world!” 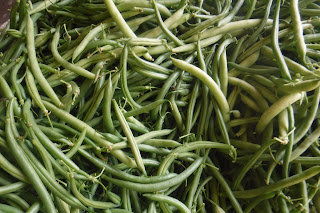 “So long as she loves you, I suppose you’re okay!” I replied, making a mental note to send some green beans home with him for the Mrs.

“There we go, girl, all done!” He gave her an affectionate pat before we led her back out to pasture. 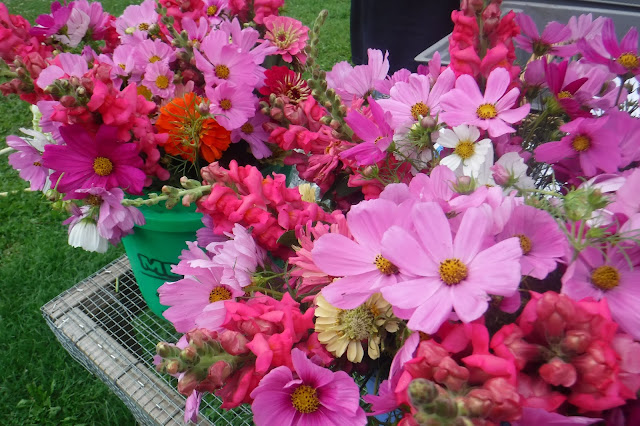 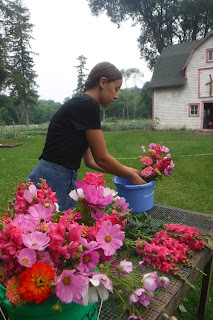 “Sometimes when you breed a Jersey to Red Angus you get stripes!” he told us, as he hosed down his boots. The toddlers gasped and grinned at each other.

Later we found out that they thought Buttercup was going to turn Zebra because the “stripe man” had been here. 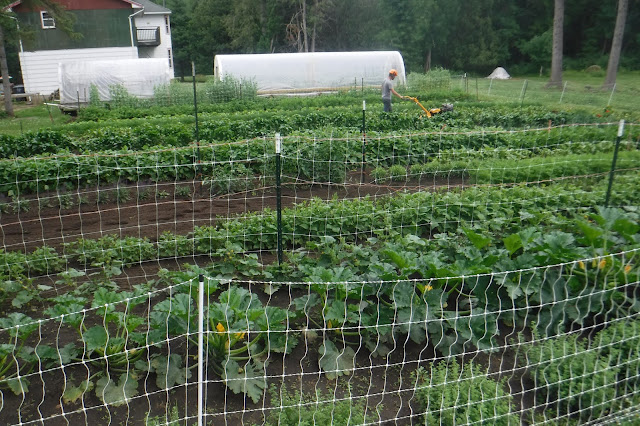 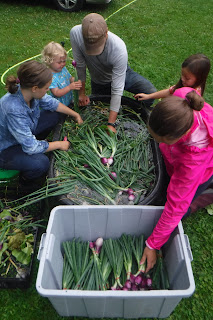 “I cringe when I read modern reports of how much children cost. A culture that creates a negative value on children has to be the least creative culture on earth. Children have always been valued as a treasure and a blessing.” 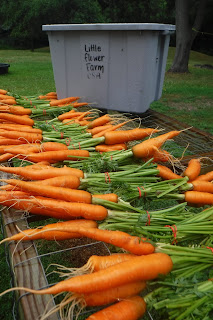 "The day is coming when a single carrot, freshly observed, will set off a revolution."

"Mama! I can smell the carrots!"

We were harvesting in the rain, I was muddy and sopping and plunging a pitchfork into the earth as she pulled them out by the handful. Her enthusiasm brought me to my senses.

Suddenly I realized that some revolutions happen quietly...in the midst of a crowd of two. 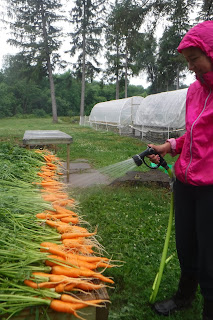 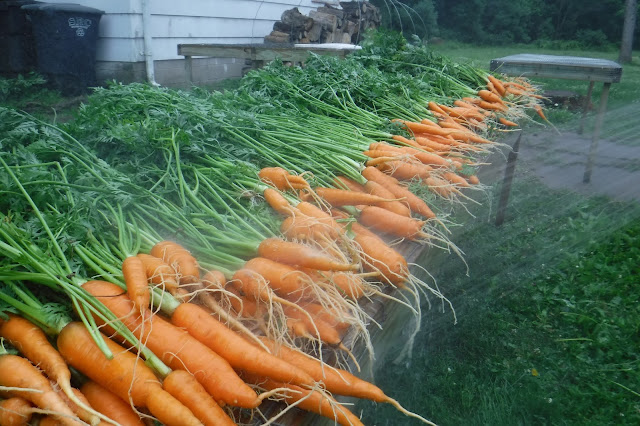