Over the years, I have learned that if I want to cause a Late April Snowfall, all I have to do is plant a lot of blueberry bushes. Somehow the act of putting into the ground tender young plants, perennials no less, with all the hopes and dreams that go along with perennials, the plans for the grandkiddies, the hope for family summer jam making traditions, all of that, causes Mother Nature to throw a snow-trum.

She's been dumping so much rain upon us lately that we have begun to feel like plants ourselves...and the desire for dirt beneath our fingernails has been ressurected in our breasts...you can smell the damp soil everywhere. I cannot politely agree with those who moan: "Ah! I wish it would stop!" not when you can practically HEAR buds opening up and bulbs pushing up and out from underneath the soil...

Weather is one thing our modern technology doesn't seem to affect much. It's "massive sandle set on stone" reality is often crushing... always alarming us with it's wet, its cold, its warm, dry, breezy, stifling ways. In modern (wealthy) America so much of what we are exposed to is by choice. Even interaction with other (read: unpredictable) human beings is kept within our chosen spheres of twitter, pinterest, facebook, texts, instant messaging, selfies, youtube, and on and on (I'm sure I'm 5 years behind everything new that's popping up now). But weather is still shockingly uncontrollable. Inconvenient. Cheeky.

I was at a nursing home yesterday and I saw a man parked in front of a window. He sat in his wheelchair at the end of a corridor in absolute stillness and silence and watched the rain and sleet and snow come down willy nilly upon the asphalt parking lot. I watched him for a long while because at first I was wondering what transfixed him so. After only a few minutes in a nursing home, the sterility causes many people a certain amount of internal panic. One can only take so many plastic gloves, scrubs, matching armchairs, fake flowers, and caged birds. It looked very much to me like the old man at the end of the hallway was communing with the one bit of savage and ravaging reality that he experiences from time to time. Because dumping all our elderly into one place and letting strangers take care of them in a hospital-like non-home environment is not normal. It may be common. But it is not normal. So Mother Nature unleashing a storm outside the window is a potent reminder that life should be messier and more mixed.

On our way out the door we pass Ann, an tiny white little woman. She notes from a distance of 4 feet that my daughter's are small wee ones, in dresses and twirling. But she starts to sob softly muttering that she can't see them because she's going blind. She cheers up when they go and stand inches from her face...and then she smiling she asks them "Are those tasty lollipops? They sure look good!" She is like rain and sun on a misty day. One minutes smiling and chatting, the next sobbing softly. "I have been searching and searching so long for my daughter!" she cries, "but she never came." At her age, it is more and more evident that what makes Ann (and all of us) who she is (and who we are) is the love we have for people, and the love people have for us. As we leave, I hear her words echoing over and over in my head...and they sound so much like the second to last words of the late Pope John Paul II, recently cannonized by the Church a saint:

"I have searched for you, and now you have come to

These are the words every elderly person utters from the heart whenever they are visited...
His very last homesick words were: "Let me go to the home of the Father". Something of the same desire I see in nursing home residents, who will slowly wheel their chairs after you as you take your leave, and walk down the hallway to the exit. "Take me home! Take me with you! Let me go to the home of my daughter, my son, my granddaughter!"


Mr. Farmer has been trying his hand at teaching lately. He took a job with a local private school teaching High School English for 2 months for a teacher on maternity leave. One of his first experiences in the classroom involved the sudden slap up of computer screens, obscuring the faces of many of his students, in the middle of a conversation he was having with them. This ubiquitous and gratuitous use of computers in the classroom was given a pass by the board and administration in the hopes of ushering the kids into the modern world, able to effectively communicate with their fellow human beings and get into shnazzy colleges which will boast professors and colleagues who choose to communicate via the electronic mediums, ending all their notes with: "Best" and "Regards", and clearly proclaiming to all the world that they have left the archaic modes of face to face conversation (so confrontational!) behind in the interests of civilized updated life.


After a few weeks of grabbing at a neighbor's physical copy of Morte'D'Arthur after scrolling frantically and unsuccessfully through their online versions of the work for the right page, many of his students bought actual hard copy books (in the same edition) and proudly showed them to him as a sign of solidarity. The stories he has of these kids rising from the ashes of "I don't know, I don't care,  Are we done yet, Talk to the Screen" ism to transifixed, engaged, and interested long after the bell has rung...gossiping about Galahad, Frankenstein, and George and Lennie's (Of Mice and Men) small farm dream in hushed whispers...are enough to make a parent/educator weep tears of joy. Young people, so often touted as the wizards of tech, i-phones, i-pads, and video games are no more (in fact even less) suited to it than old people are. The young and the old especially are in crucial and constant need of the violent and fundamental experience of human connection. The young and the old are respectively the people of first kisses, and last hugs, of creative impulse, and oral history. Hearts that beat fast, and hearts that are slowly drumming to a halt...these are the hearts that are ill-served by modern technology. Technology that isolates us, stuck in space upon its  interconnected web.

But yes....I am writing this on a computer. On a Blog. On the World Wide Web.

Too bad though. I'd rather have you all here for tea. We could say all this face to face smoking pipes and drinking tea and whisky in front of the woodstove fire, punctuating our conversation with nibbles upon chocolate, slaps on the back, and guffaws. 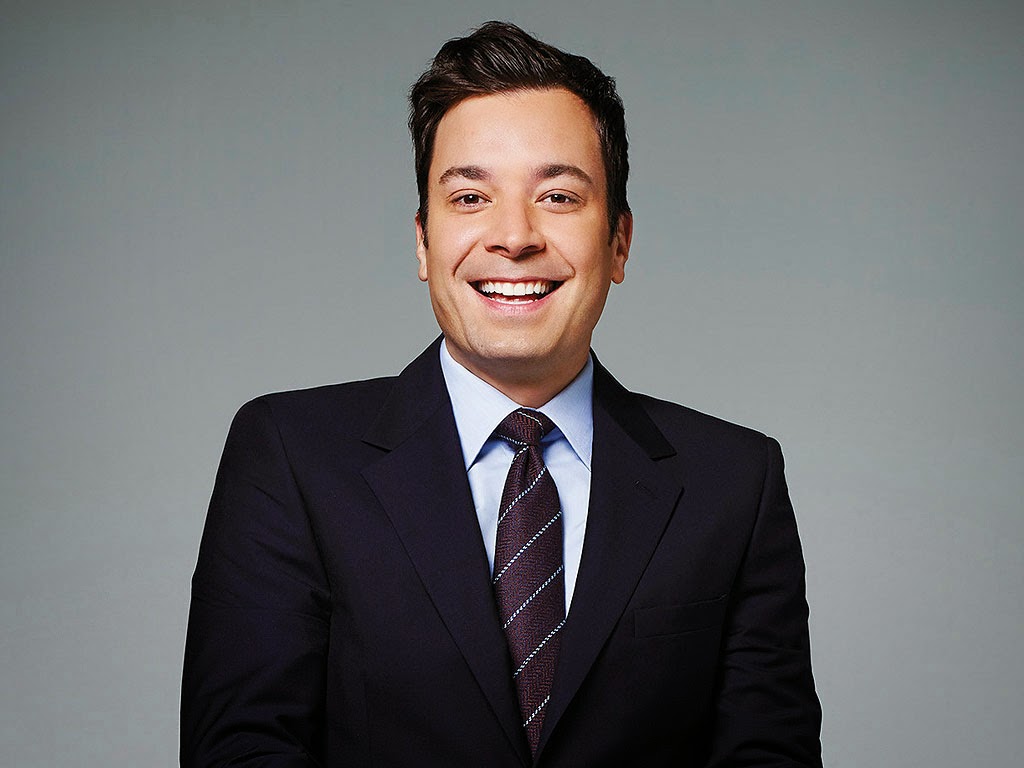 Every once in a while a gifted human being, and by gifted I mean, gifted in human-ness, can create a magical moment with the aid of technology. Jimmy Fallon succeeds on the Tonight Show not because he's the poster boy of all that is new and modern....but because he's so charmingly old-fashioned, and can often be found late at night, juxtoposing new technology with old timey magic:

But some of our nursing home residents remember a time when every church, barber shop, and general store boasted a group of guys who could achieve something like the same sound...And I can't help thinking (after my instant applause and appreciation) that the world needs i-pad apps now because there are fewer fallons, joels, and barbershop quartets. And I wonder which came first? The dearth of singing men, or the modern technology that has kept so many young men off the ballfields, out of the church choirs, and in their basements playing minecraft? It's very much like the advent of the tractor in farming which started with: "WOAH MA! Look how much I got plowed, disced, and planted ALL BY MYSELF!!!"
And continues with: "Son, there's no place for you on this here farm. You gotta go to the city and get yourself a job with benefits."

And ends with: "The median age of the American Farmers is 65. The small family farm is a thing of the past."

Last Saturday we hived our bees. Time always stands still in Spring when we do this. Bees everywhere. Crawling in my daughter's hair, crawling over Mr. Farmer's hands, bees in the hood of my jacket. Bees clustered around their queen in such an un-American show of loyalty, foreign and fascinating to behold! 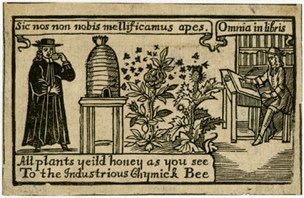 Bees are a farmer's secret weapon. They do such quiet work, bizzing here, bizzing there, pollinating crops and building comb, and making honey. They are a stunning example of industry and cooperative effort.
It was fitting that the arrival or our bees came during the octave of the great feast of Easter. Just six days earlier we had spent the evening in a darkened church, lit only by the many flickering candles everyone was holding, lit from the one flame of the Easter Candle, as Father chanted praise of God and of bees: 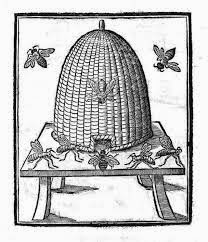 "On this, your night of grace, O holy Father,accept this candle, a solemn offering,the work of bees and of your servants’ hands,an evening sacrifice of praise, this gift from your most holy Church.But now we know the praises of this pillar,which glowing fire ignites for God’s honour,a fire into many flames divided,yet never dimmed by sharing of its light,for it is fed by melting wax,drawn out by mother bees to build a torch so precious."

Bees bring with them the good example of what small tidbits of good industry can do, when in cooperation with others, and when sustained, to make for a heavy harvest of sweetness.
Little actions of interconnectedness, true love, small partakings of reality, small abandoments of virtual reality, and before you know it the world has bloomed:
Actions like:
examining the fuzzy body of a bee
Planting a seed.
Learning to sing a song
learning to sing a song with another person while juggling
saying to an elderly person "I am here" rather than "I'm sure she/he will come"
picking up a paper book
fillngi a book's margins with notes
making a friend by eye contact and vocal introduction rather than a click of button
sending your kid to a school that doesn't have TVs or allow video games
Taking a walk in the rain.
donating your land to a young farmer
Listening to your kid.
Listening to everyone.
Befriending the whole world