Working on the Masterpiece 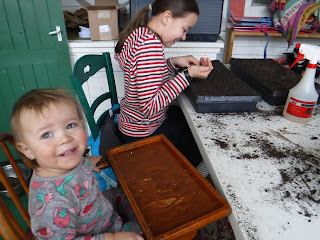 “I learned one of the great lessons of my life from Andrew Wyeth, whose paintings have riveted me from the first time I ever saw one. Then I learned that he had painted all of his world-revered masterpieces within walking distance of where he lived. Talking to him and reading what he said about artistic creativity, I realized that only by a continuously deeper and deeper examination of the familiar could I find real meaning in life, as he did, and thereby gain some genuine satisfaction from it… only by the deep familiarity of being rooted a long time in a place could produce real art-and art- or artfulness-produced in joy.”


Gene Logsdon from “The Contrary Farmer’s Invitation to Gardening”

A few years before Gene Logsdon died sent me an email.


“Enjoy your blog. You do wonderful work.” It simply said.


I have not written a piece for our farm blog for 2 years and 8.5 months. Yet not a day of those 989 days went by that I didn’t think of writing. Trouble was: I had no idea what to write.


This went beyond writer’s block.  My inability to find my voice stemmed from my dazed and wandering state after the move to our 5th farm. The Russians have

a saying: “Better to survive fire twice than to move once.” I heartily agree. It takes 2 full years before you stop moving the furniture around, and 3 for memories to come back. Our move to our heavily wooded river’s edge farm coincided with Mr. Farmer returning to teaching, and that added to the disorientation.


“Why is it, that when you finally have everything you want, you can’t think about what to say about it?” 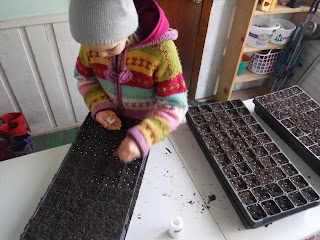 That was my response to Gene. It was a misleading one, as it implied having arrived. No one in paradise is busy writing postcards home. They are home. The journey, the struggle is over. The need to sift through the daily grind to find the warm satisfying brew: gone. But sometimes you can’t think of what to say when you are lost too, and especially what to say to a mentor you’ve long admired, whose words have sustained a hard-won conversion from city kid to farmer.


When we first set out to farm is was a way to answer to call to a deeper more fulfilled life as a family. We wanted a way to earn our living working together, a way to knit the breadwinning to the daily life of the family. Work we could all share, from the adults to the tots.


Eventually, as seasons passed, and the distance from Graduate school to farming increased, the path became the only option, and we began to farm simply because it was the way we had chosen and the thing we did. All work can become like this. All love can eventually fizzle to this going through the motions, the inevitable habits that have become ingrained. All jobs eventually become “just a job.”


Now we farm for a newfound reason. Dorothy Day and Peter Maurin, founders of the Catholic Worker movement were often saying that they were “fighting for a world in which it was easier to be good.”


That’s us too. We’re not trying to create a movement. We fill plastic 50 cell seed trays with Metro Mix 360 and pour bitty onion and parsley seeds into our palms and place them painstakingly into the trays because we are clinging to a way of life that doesn’t require us to lie, cheat, or steal.


Photographs of physical work are often eloquent enough. We modern men and women are quite an educated lot, compared to previous generations, and we have a romantic tendency toward finding manual labor “clean”, “inspiring”, and “vivifying”, that is, from a distance.  I confess, that when we began this farming venture I was like Tolstoy, admiring the life of the peasant as an antidote for stultifying society life, and going so far as to join in the work and revels of it. Take two fresh out of grad school young adults, busy bringing into fruition a new family, hung all over with dreams and ambitions of Christmas puppet shows and feasts with friends and traditions and lore to raise our children with, and it is little wonder that the simply act of scything a field would send me into poetry and musing.


But I remember reading with recognition of one of my favorite artists, Carl Larsen, who painted his family and farm life so beautifully, and introduced the world to the wonders that can be achieved in one’s own home with a little paint. He soon realized that although he wanted to be, although he admired the life, he was really in the end, an artist, and not a farmer.


And so, after 5 years of farming full time, we began to transition back into teaching and music, our original respective “gifts.” We kept the goats, we kept gardening, but all on a smaller scale. We talked of a return to grad school, but always the goats would get in the way. “But, could we hide Daisy and Bluebelle from the condo association?” we would ask ourselves… We spoke of moving into the city to be closer to the school Shane was working at, but again we’d find ourselves thinking of yards big enough to have raised be gardens in, and a garage big enough for the dairy goats. When our little Jane was born, and occupied so much of our attention, rocking our little ark with her arrival, we came close to liquidating the herd…but when Spring arrived, and the kids started coming fast, I began to bring my 4-month-old out to the barn, and the rest was history. She became an omnipresent sidekick at milking time. One morning I went out for chores, to find that a first fresher had just kidded, and I left my baby in the stroller while I brought mother and kid into a well bedded jug for our customary 3-day bonding and nursery time…the little one was weak and half-heartedly attempting to nurse on a doe not quite ready to relinquish her footloose and fancy free single days. The poor little thing was staggering around trying desperately to get near his Mama to no avail. With little Jane watching I abandoned my coat and mittens and got in with the baby and mama to force the issue and insure a good latch on. This has become routine and habit, but the intensity of the necessity never fails to sober me. My intervention in these situations often means life versus death for the baby. Eventually I emerged, hay in my hair, smelling like afterbirth, but triumphant, and I sat on a hay bale and nursed my own little one as Inga nursed hers. As I sat there I realized that the goats were rapidly becoming little Jane’s as well as my own, and it was an inheritance I felt I had no right to send down the river without her chance to give it a go as well.


So, the farming circled back around on us, like a puppy that we couldn’t scare off.


And I had forgotten how the farm farms you. How it changes you to work with the weather, and providence, often in solitude, bending, pulling, pushing, lifting. And best of all, one experiences the infinite variety of a life lived entirely in one place. Every time we’ve worked off farm, it was as if real life was on pause, as if we were all waiting for it to begin again eventually. 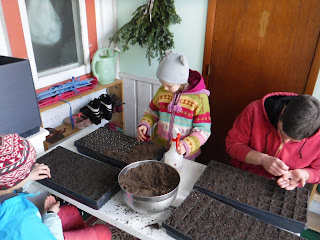 
I think we all recognize something in the life of a farmer, like we recognize an old relative or flame. Someone (something) we knew once, from our very bones, and which we want in some measure but are unwilling to suffer for. And so, we remain tragic figures. The other day at the River Market Co-op CSA fair I met a young man whose stand was bustling for a good portion of the afternoon with customers eager to sign up for shares of pastured meat. He told me that he and his wife had been tempted to quit farming last year twice. He said it quickly and casually, as if it was hardly worth a thought. And then he went on to rhapsodize about the amazing rejuvenation simply rotating animals in a timely and consciences manner can do to neglected pastureland. He too had left graduate school months away from completing the requirements for a Ph.D. They moved to their family farm, and it is clear that he has taken up the life of an artist, by means of staying put.


Staying put often results in being left behind by a goodly portion of the world.
There is no small measure of chagrin in that.
But as Gene Logsdon mused on his inspiration, Andrew Wyeth, it’s also what results in a masterpiece.