The Wearing of the Greens

My Mother-in-Law is a gifted knitter. From her, we have a treasure trove of heirlooms 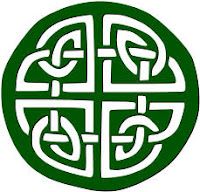 woolens,-hand-made baby sweaters and socks and rompers.  I was admiring a blanket she had pieced together of samplers of different cable knit patterns she had learned. Each cable knit unique, symbolizing a separate clan or livelihood. She told me that each intricate pattern is created with only two stitches. Knit and pearl. With this meagre pallet a vast array of design can be achieved.


I marvel at this. Knitting has become the realm of little old ladies in church basements, or natty grans in yarn shops on Wednesday nights. Sometimes it becomes the fad of college girls or homeschool extra-curricular clubs…but to think that it originated with sailors, swarthy men caked over in whale grease, become adept at needle and thread while bent over broken nets, mending. Stuck on board a ship for months at a time, it is little wonder that such artistry was born of necessity out of two little stitches.


I often wonder how much more productive we would be if we also had less to our disposal- had less to cushion us. The Vikings had little in the way of education or faith, and yet they produced stunning metal work, with artistry ahead of their time. While the sophisticated Europeans cowered along the shoreline, at the edge of the oceans, and fretted over sea monsters out in the deep, these “barbarians” were braving the open waters and discovering new continents with stunning imagination and courage. Isolated as they were, no complications could arise for them from the naysaying of the crowd. They took their two stiches of metal and wood, and created a myriad of adventures from them, founding new countries because of, and not despite, their deprivations.


St. Patrick found God as a slave watching sheep in the hillsides of Northern Ireland.


He was without liberty, without education, and without a country. In such utter lack, he received the heading he needed to navigate his life and bring an entire nation out of darkness and superstition. His work in Ireland paved the way for what is often called the saving of all of Western civilization, by monks on that isle quietly copying and illuminating texts all through the Dark Ages. Quite a lot began with keeping company with ewes.


After visiting Ireland, G.K.Chesterton was inspired by the sights of patchwork gardens all over the countryside. He said:


He joked that the war song of such a nation ought to be “The wearing of the Greens”, because so much of Ireland’s political strength seemed promised in this commitment to the growing of local produce. I have often been humbled by the effect kitchenry has on a little community. Tradition is the stitching that binds a culture together, and fuels personal identity. Tradition is always upheld with some kind of cookery, a cake or bread, or roasted beast to crown the feast and make speeches over.


Musing on the Irish countryside, G.K. Chesterton called property (to grow things on) the poetry of the average man. In print it seems a stretch to link the legal heavy sounding word “Property” with the romantic laden “Poetry”. But the coupling is easy to digest when observed not in stodgy rooms bandying about political and theological notions, but on the land, observing a newly transplanted row of broccoli.


As the Spring thaw continues, and the smell of the earth recalls to us memories of cable-knitted samplers of vegetables stitched into the soil in varying patterns, it is hard to resist a tendency toward song. Spring makes bards of us all. But thank heaven, Mother Nature herself is always ready to douse us with a good measure of humility, even as we crow our loudest in exultation.


Thursday afternoon, just as our little black lamb was being born, I noted a Robin redbreast singing on the branch over hanging our porch. In our family, we have always considered the Robin to be the most surest sign of Spring, so I caterwauld to the others: “A robin! A robin! Guys! I see a Robin!” We were all, in our quiet desperate ways longing for Spring you see. The crew was taking a break from seeding flats, busy playing wiffle ball on a paltry patch of grass beneath the pine trees, surround by heavy snow, eager to soak up any time at all enjoying any visible scrap of green. As soon as I cried out, the bird flew off behind the barn, silenced by my most un-Scandanavian exuberance.


My own attempt as a missionary was with the Am-ish rather than the Ir-ish. It consisted in the infiltrating an Amish community in Southwest WI with an Irish pub instrument, the tin whistle. We were living smack dab in the middle of the Amish community of Hillpoint, WI with a flock of sheep on 40 acres square. As I said, a lot happens when watching sheep!


Aside from the “mouth harp” or harmonica, traditionally the community we were living near discouraged all other musical instruments, lest they lead to dancing, I suppose. But the pennywhistle is an irristable delight. Soon we were getting together with a couple Amish families and trading songs. They would sing an old German hymn, and we would sing an Irish folk song and pipe a jig. In the presence of fellow members of his Amish community, our friend Aden accepted a tin whistle, and simple instruction book, and I felt the first glow of success as a missionary of jigs and joy.


St. Patrick is said to have driven all the snakes from Ireland. I have often found an Irish folk song does the same thing to the soul. It’s also a way to join the Robins of Spring without scaring them off, bless the buggers. 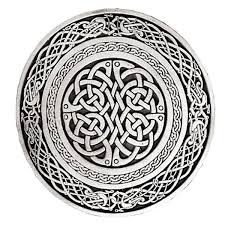