A Day in the Life

With John Lennon’s voice ringing in my ears “I read the news today. Oh boy.” I picked up Thursday's paper, curious to see what the rest of the world was up to while we wile 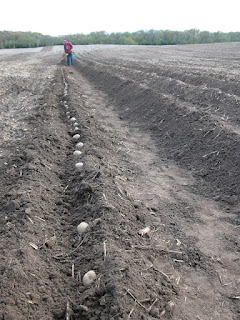 d away the hours in our fields. Somewhere in the midst of “Norway’s mass-killer” demanding the death penalty, the upcoming release from prison of the Minnesota man who counciled two people to their death via online chats, the secret service’s dalliance with prostitutes in Columbia, and photos of GIs posing with corpses in Afghanistan, there was a photograph of a young girl, arms outstretched, head erect, gaze unencumbered, yet earnest, as she created one of the many graceful lines of ballet’s porte bras. Accompanying this alarmingly 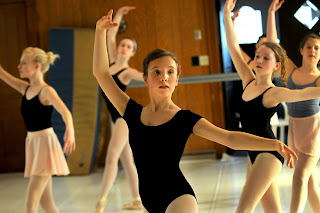 innocent and beautiful picture* was her small little story. Small because it contained within it little more than her family’s love for her, and her adoption from the Ukraine. And because the core of the story was one single sentence: “When I dance my heart rejoices, I am floating; I am a bird in song, and there is a feeling I cannot describe.” No International policy or probation hearing or presidential statement will be affected by Svitlana’s story. But I have little doubt that it is this same dogged pursuit of Art that will be the saving of ourselves, as we wade daily through the mire that is politics, posturing, pandering, and all the countless other soft villainies that so often make up adult life.
I think about the image our farming makes on the canvas of our corner of Marine on St. Croix. 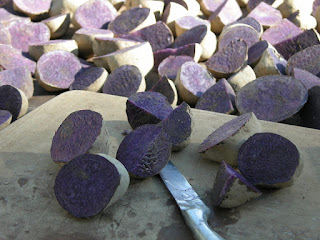 As May approaches you can start to see the scratchings of our bold plans and imaginings...The rippled back of the land created by hilling potatoes, the swaths of green pasture eaten down from waste-high brush by the ruminants. On our little corner it often times feels like performance art as the after-work crowd slows to glance over at us in the field. Bashful, we’re caught with the tools of trade in hand: and they are just garden rakes which we grip as we watch the neighbor and his huge tractor roll by with a giant multi-disc/harrow combination implement attached. At times I wonder what kind of play we appear to be performing…the tragedy? The comedy? Our neighbors, by now, know as well as we do that the answer will change given the new circumstances, weather, and tasks of each new day. The newspaper reminds me that I would rather spend hours in that field, over those potatoes, than have a moment to spare out their in world-at-large. Not because I hate that world. But because I love it too much to let the best things about it die.
Art is in the consta 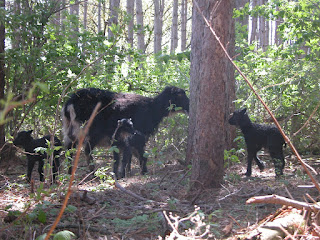 nt process of cajoling the best and the worst out of man. The best to remind him of what’s higher, what’s beyond, so that he will reach and stretch to his full capacity and find himself keeping company with the angels…the worst to purge him of the emotional strain of being a human being. Farming’s like that too. It pulls the best and worst work out of a man…and leaves him with the slap-happy realization that after all, he ISN’t God. But the best farming is seeing the poem in manure pile, and the song in the hay-field. The best farming makes us float, a bird in song, giving us a feeling we cannot describe”. The best farming isn’t old news. It isn’t news at all. It’s art.