On April 17th Prince Philip was laid to rest in St. George's chapel at Windsor Castle. That same day we were in the field planting out onions. 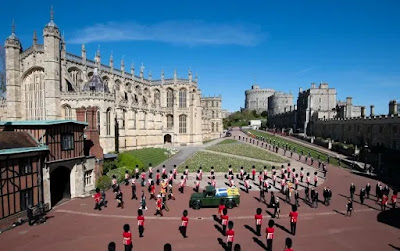 It seems like most seasons during the early plantings of potatoes and onions we are murmuring prayers for the recently deceased as we bury root balls in newly tilled loamy soil. Sometimes for the young- as in 2018, when a high school friend's brother died of cancer half a year shy of 35. Sometimes for the old- as in 2011, after watching by the bedside of a fellow farmer's beloved Baka. 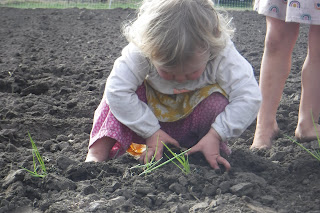 At times it feels like only the massive body of the earth, the wide expanse of a tilled field, humbled, open to receive- only that, only that is a large enough vessel to collect grief.

Transplanting is repetitive work, and there is a mercy in that. One can knead one's thoughts like bread as you stoop to space and place transplants, your crew scurrying behind cupping soil to mound around each plant, begging God to be generous with the crop, with his weather, with the soul of the recently departed. It all runs together. The other unsung gift of this work is the monastic silence 9 50- cell plug trays pulls you into. 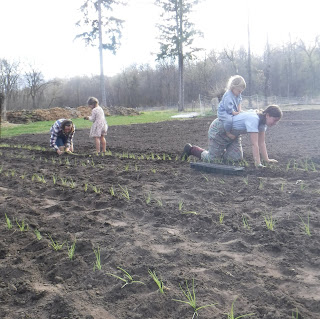 I have that all-American soft spot for the UK. The BBC period dramas alone are enough to make me eternally grateful for that country. Just the thought of the pomp and ceremony that so often comes with the British monarchy can be a refreshing mental break from mud-caked muck boots and back aches in spring.

One of the lovely things that the Prince has left behind him is the kitchen garden at Balmoral Castle, in Aberdeenshire, Scotland. It was his addition to the family estate, and favorite holiday spot of Queen Elizabeth. 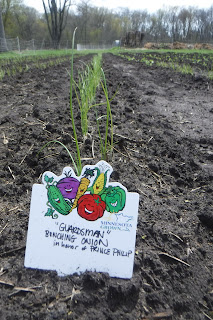 So it seemed only natural to dedicate our planting of "Guardsman" bunching onions to the late Prince Philip. Bunching onions stand tall and slender, and when harvested never loose their "at attention" military stance. They are elegant, useful, and dignified in bearing. They add a little zip to the daily salad mix....but not too much to be scandalous! They seem a perfect country garden salute to the late Duke of Edinburgh.

Eternal Father, strong to save,Whose arm hath bound the restless wave,Who bidd'st the mighty ocean deepIts own appointed limits keep,O hear us when we cry to theeFor those in peril on the sea!

O Christ! Whose voice the waters heardAnd hushed their raging at thy word,Who walkedst on the foaming deep,And calm amidst its rage didst sleep,O hear us when we cry to thee,For those in peril on the sea!

Most Holy Spirit! Who didst broodUpon the chaos dark and rude,And bid its angry tumult cease,And give, for wild confusion, peace,O hear us when we cry to theeFor those in peril on the sea!

Eternal Father, grant, we pray,To all Marines, both night and day,The courage, honor, strength, and skillTheir land to serve, thy law fulfill;Be thou the shield forevermoreFrom every peril to the Corps.

Lord, guard and guide the ones who flyThrough the great spaces in the sky.Be with them always in the air,In darkening storms or sunlight fair."