In the kitchen garden behind their thriving veterinary practice, "James Herriot" and "Siegfried Farnon" buried many an animal carcass, and reaped the wonderful rewards in the form of fantastic vegetables for years. Alf Wight (the man behind the pen name of James Herriot) recounted this practice with some amusement to his son Jim. In his book "The Real James Herriot" Jim writes,

"Another reason for the (garden's) rich soil was that it contained the deeply- buried bodies of inunmerable dead animals.....When the knack man failed to arrive at the surgery-which was frequently- the vets had to roll up their sleeves and dig the bodies deeply into the ground. The garden gradually turned into a giant cemetery, one that grew giant vegetables."

On our farm we've found the compost heap has be come an indispensable graveyard. Last Saturday we spread a pile on one of our fields that had once contained the mortal remains of no less than 6 opossums, 2 stillborn baby goats, at least one or two cats, the body of an old fox that had one day come to the barn to die in peace, and any moles or voles or mice that the barn cats didn't finish off. 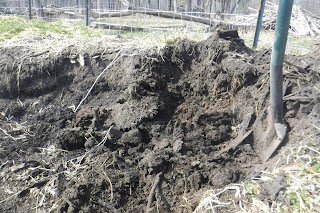 At it's tallest, the heap reach a height of about 4 feet. When we shoveled by the cartload onto the future brassica field, it had sunk to 2 ft. It what can only be described as the unsung and invisible miracle of geo-thermics and bacterial action. This act of spreading compost each year, and the daily work of mucking out, and stock piling our future pile of black gold is perhaps the most important and most responsible act of stewardship that we perform on our farm. And the results are rather magical. Not a trace of hide nor hair was found in that pile as we spread it. Thought we did see a few bones- many of those too seemed to have decomposed. The heat that the manure generates in the pile causes the bodies to decompose at a surprisingly swift rate. 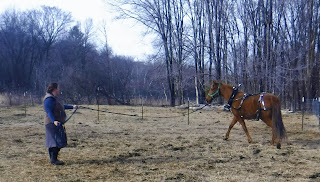 A few years ago at a MOSES conference, we were at a talk in which the presenter asked the farmer audience to raise their hands.

"How many of you raise vegetables?"

3/4 of the room raised a flannel shirted arm and hand.

"How many of you raise livestock?"

About of 1/3 of the room answered in the afffirmative. 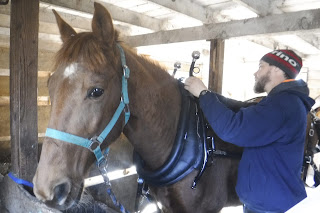 "How many of you raise both at the same time?"

As hands begun to reach for he ceiling, the presenter shook his head.

"YOU'RE CRAZY!" he shouted as we sheepishly chuckled.

And, at times, given the workload and the amount of conflicting jobs that vie for our attention in spring I remember him, cringe, and feel prone to admit he may have a point....but then come days like last Saturday. 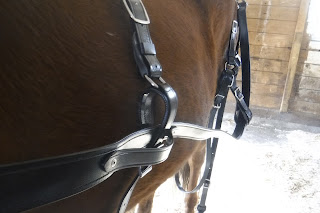 cows, 6 opossums, 2 baby goats, 2 cats, a fox, and wee little mole and vole bodies fertilize our field, and feed our future broccolis and cabbages and kale...and it is hard to see such a practice as crazy. Buying in chemical fertilizer or purchasing someone else's organic manure pile seems like the crazy thing to us.  And we haven't even begun to discuss the inestimable value for soil structure that organic matter brings. We're after a closed loop of on-farm generated fertility. We're after giving back to our piece as much as we take from it. 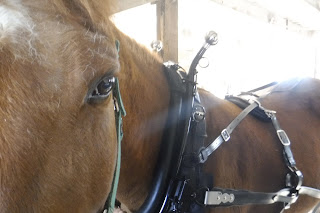 There's magic in the muck, and a beauty to the patiently built compost heap that we feel privileged to be a part of. Christ himself was born in a barn. So there's some precedent for finding incalculable value where you find piles of animal manure and bedding. The story of Resurrection began in a Stable.  Every old-fashioned farmer knew that.