Temptation can come in many forms. Sometimes it strikes from nowhere…and makes itself too hilarious not to write about. Recently, tucked in under our down comforter I broke that heavy silence that precedes the first moments of dropping off to sleep. Turning over, I inhaled, stared up at the darkness a 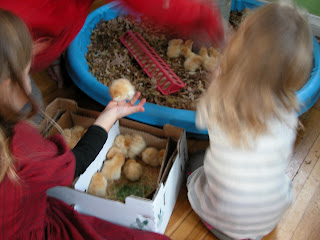 nd spoke:
“Shane…are you awake?” I took the garumphled response for consciousness. “Will you submit to a photo shoot for me?” Despite his drowsiness, I was unable to secure full commitment. “What are you talking about? What’s up?” came the careful answer. “Well….Cosmopolitan Magazine just emailed and they’re looking for the hottest bachelors of America…and made it quite clear that they’ve been known to find many successful candidates across the states in Agriculture. They sent application forms and waivers and everything in attachments…it’d be good publicity for the farm.” A modicum of grown man giggling ensued, but in the end the disappointing response was “I’m not a bac 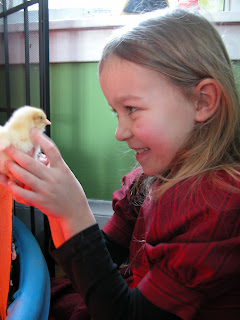 helor”. I figured we could work on that…once they saw Farmer Shane’s formidable and disarming grin they’d realize what they were missing and include the married men too….in the end, we reasoned that without the farmer tan you work up in the summer months, it wouldn’t be our best season to be photographed.
I suspect it is more than belt buckles, bronzed biceps and pectorals bursting and busting over-all straps that make farming and ranching men desirable to the folks at Cosmo magazine. It’s grit. The first test of Farmer grit comes in February, right around Valentine’s Day, when we all sheepishly make our first forays into a love note for our spring veggie acreage in the form of seeded Parsley flats. Nothing tests the faith like Parsley. It can take 3 weeks for the little buggers to germinate. 3 weeks of staring at a row of bare flats underneath lights in your kitchen. 3 weeks of wondering if this whole transplanting thing is even going to work. 3 weeks musing on how your whole living starts in the bleak middle of the second month of the year in your cramped kitchen, where you gesture weakly to the rigged up shelving and lights, and explain that this is your germination room, come March t 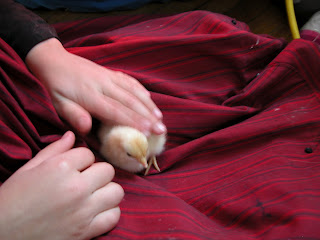 hey all move out to the greenhouse. Besides the fall manuring of the field, this is your first overtly agricultural act for the new season and it can be knee-knocking stuff. There’s that first whiff of the potting mix. You can’t keep the kids away from the tub of “mud”, and the scent of it knocks everybody back a year into a bucket-load of nostalgia. 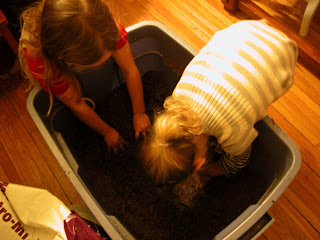 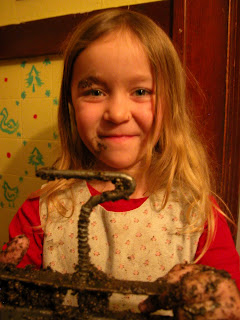 We use a soil block maker from England. It’s a clever little tool that makes for sandbox sessions for the adult farmer, as he forms the blocks to fill the flats to receive the seed. Soil blocks make for better root structure in our transplants, as there are no “pot bound” circling of root systems. The roots air prune as they reach the edge of the blocks…but they can dry out easily, and with a woodstove nearby it requires daily vigilance to make sure the blocks are kept moist. With these newly seeded flats we enter the arena of hyper-hovering parents-of-the-plants-hood. I suspect it is this ever present knowledge that your entire growing season is riding on these little blocks, and their baby plant success that keeps the the CSA farmer’s square jaw set and his eyes steeled, with a heart thumping combination of resignation, determination, faith, and “whew.” This “still waters run deep” kind of man receives emails from Cosmo from time to time because pulling one’s own weight is…attractive.
In his career as a Hollywood actor, Sidney Poitier made a habit of playing men who pulled their own weight, and who, sometimes painfully, remained true to their own ideals of manhood and worth. In fact he on 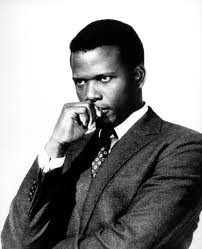 ly ever broke into the bigger pictures by the help of a big agent who “had to manage him” when he had turned down a $750/ week role because the character he was asked to play didn’t stand up for himself, and let other people fight his own battles. He didn’t want to even appear as such a character. He wrote, in his autobiography, that his was because of the ethic of manhood he received from his father, both in advice and example, and in the fortitude and perseverance of his mother as well.
“When my mother sent me for water, which had to be drawn a long way from the house, it was because she needed to cook with it and to wash our pots with it. If I had said, “Nah I don’t feel like it,” I know what the result would have been, If my mother hadn’t kicked my ass, my brother would have kicked my ass. My brother would have said, “Are you crazy? Grab that pot over there and get that water!” That was the ritual. That was the way it worked…..What I’m saying is that by having very little, I had it good. Children need a sense of pulling their own weight, of contributing to the family in some way, and some sense of the families’ interdependences.”
Sidney Poitier describes his parent’s finding fulfillment in performing the daily duties of life on their farm, the tendi 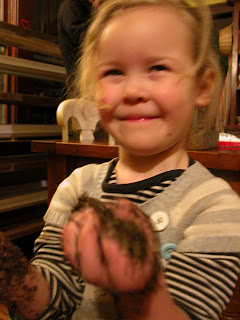 ng of the fire, the baking of the bread, the collection of large rocks and pounding of each and every one of them into a pile of gravel to sell to the gravel man for extra cash, describes the comfort they took in all of this not because of some lean pride which egged them on, or the hope of better things to come by their efforts…but because of the genuine solid and lasting satisfaction that comes with being true to your commitments.
The emptying of a flimsy seed packet into a flat of soil blocks. That’s commitment. From that first moment of putting the little seed in contact with the moist soil we commit ourselves to its feeding, watering, temperature control, to its transplanting and weeding, harvesting. To the waiting that precedes its germination, to the packing of it into our member’s boxes. But more radically than that, we are committing our future to the hope we have for these little seeds. We are committing our daily bread, and water, and shelter, and clothing, to the promise contained in these bitty seeds. And this isn't lone midwestern"pulling ourselves up by our bootstraps." This is commitment to each other as a family, to our members, and beautifully, our members to us. 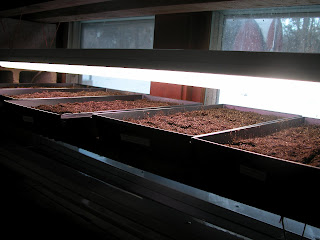 At times it seems stutteringly crazy. Always it requires some measure of jaw setting grit. So begin the CSA days of starting her up again, letting her go, hanging on for dear life, and... trying to look pretty while doing it. 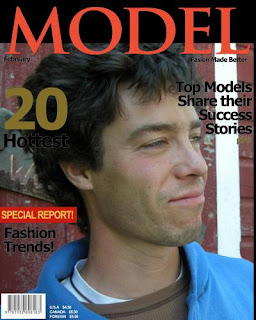