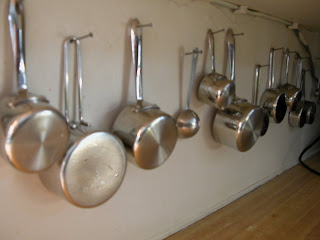 To a farmer/wife/mother the kitchen becomes iconic.

The space enclosed by its four walls represents lunacy, romance, struggle, comfort, drudgery, bliss and tradition all in one glance.


I often think of James Beard's reflections in his 1965 article The Stomach, Heart, and Spirit of the House

"In a house without a genuine kitchen, one of the delights of growing up is lost. No other room can gather the family together with such a feeling of warmth and security."
In our own kitchen our children have witnessed and participated in:
-the butchering of two hogs on the kitchen counter 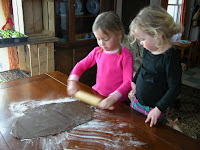 -goat cheese making
-Floods of apple cider making and canning
-Pickling and SauerKraut making
-Loaves upon loaves of artisan breads kneaded and left to rise and baked...
-the filling up of our kitchen sink with composted cow's manure and peat moss for soil-block making and seeding of thousands of tiny seeds for the CSA veggie season
-The washing and towel drying and bagging of hundreds of pounds of salad mixes for our farm 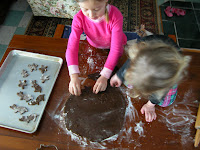 share weekly boxes
-Many batches of cookies baked
-Countless Cakes and Apple Pies cooling...
-Scalding broiler chickens on the stove top (not recommended)
-Painting masterpieces on the Fridge with finger paint
-Writing and illustrating our weekly CSA newsletters
Last year the kitchen saw our entire farm's enterprise from start to finish...from the seeding of the flats in February to the canning of kraut and pumpkin in October. It was the room in which we argued, kissed, whirled around in impromptu ballroom dances, cried, laughed, worried, and relaxed. In my humble opinion:
Cities don't build civilizations: Kitchens do. 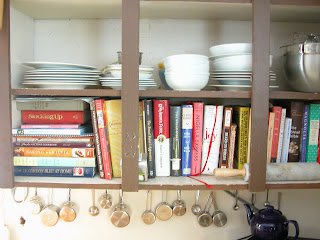 
"I grew up in a kitchen that was the hub of the house and the crossroads of the entire neighborhood."

He describes how every morning his father preferred the quiet comfort of the kitchen all to himself, and would send up trays of breakfast to his wife and James before sitting down to his own with a newspaper and the lovely morning light on the kitchen table. Usually James would find on his tray "fruit, bacon or country ham, eggs and toast or rolls" On Sundays in Winter: "homemade sausage;deliciously blended with thyme, a bit of bay leaf, and pepper." And in Spring and Fall, "sautee'd young chicken which would be served with country bacon, cream gravy, and hot biscuits." Here indeed was a fellow destined for a life-long love affair with food, and all the creativity and comfort in live that it brings! In the evenings he would bring home his friends, and serve drinks along with suppers of eggs and sandwiches...he described how the kitchen would then transform into a "smoke-filled supper club". This is the context of the affection with which he speaks of those loaves that make excellent sandwich bread in his fantastic book Beard on Bread.
It is notable that the most legendary of home cooks are admired most not for their culinary prowess, but for their lovable personalities as well. 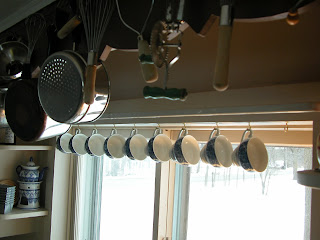 Indeed we would not be stretching it to descibe the kitchen as the very best school for charm, character, good humor, and conviviality.

All excellent and fertile ground for the other heftier virtues of prudence, courage, endurance, and honesty. Perhaps we would do well to postpone the reading and writing and arithmetic a while, and snatch our children from their desks to jumble about the kitchen and boil sap, measure out flour for cookies, and maccerate meat, all the while bandying back and forth snitchets of conversation and confession.
Julia Child hits the nail right on the head:
"(The kitchen is) the most important room in the house; not only is it the stomach, but the heart and the spirit as well In addition to the kitchen, a house needs only bathrooms and bedrooms. Besides being a workroom and a studio, the kitchen should also be a family room. So it should be utterly efficient, beautiful, and comfortable." 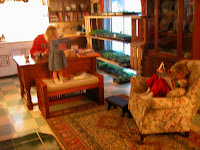 In the introduction of her book Nigella Kitchen, Nigella Lawson writes of it:
"What I have discovered, after what feels like a lifetime's cooking, is that anything which holds true in the kitchen is just as true out of the kitchen."
She gets at the universality of the kitchen. It is this same universality that often can bring together a wide array of people with differing creeds, political views, and habits of life...
"There's a dynamism to a kitchen that seems to draw people in. Part hub, part haven, the kitchen is where, I've always found, people speak more freely than anywhere else...its dynamism comes in part from the fact that, more than any other room in a house, the kitchen brings and welcomes the outside in."
-Nigella Lawson
In the wordless final scene of The Big Night Stanely Tucci's character enters the resturaunt kitchen and makes breakfast for himself and the kitchen assistant.

Nothing but the sound of the pots banging, the gas flame igniting on the stove and the fork whisking eggs is heard. As he cuts the omelet in three sections the audience is made aware that the entire time he has in his mind his brother, who has yet to enter the room. Wordless cooking for others, and eating with others, conveys more fraternity, apology, and healing than any scripted dialogue could...and it is an excellent finale to a film all about the healing power of the kitchen.
When my children have grown, and if and when they find themselves many miles from the home they grew up in, and the farm that they worked on...when they suddenly hear within themselves something like Sir Walter Scott's "The Lay of the Last Minstrel"
Breathes there the man with soul so dead Who never to himself hath said, This is my own, my native land! Whose heart hath ne’er within him burned, As home his footsteps he hath turned From wandering on a foreign strand! 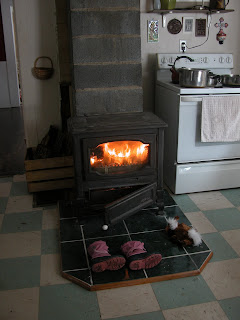 It is my hope that memories of their childhood kitchen will inspire them in their own homes, draw them back to us again...and that within their hearts they will always hold remembrances of the warmth of the woodstove, the scent of baking bread, and definition they learned in the kitchen of home. 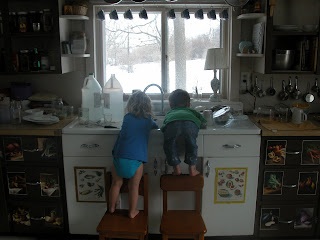 If we care about sustainable agriculture, then necessarily we have to care about the traditions and arts of the kitchen.
Posted by Mr.and Mrs. Farmer at 8:28 AM