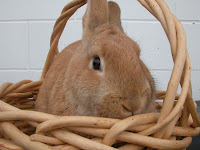 “There is a stage in a child’s life at which it cannot separate the religious from the merely festal character of Christmas or Easter. I have been told of a very small and very devout boy who was heard murmuring to himself on Easter morning a poem of his own composition which began ‘Chocolate eggs and Jesus risen.’ This seems to me, for his age, both admirablepoetry and admirable piety. But of course the time will soon come when such a child can no longer effortlessly and spontaneously enjoy that unity. He will become able to distinguish the spiritual from the ritual and festal aspect of Easter; chocolate eggs will no longer seem sacramental. And once he has distinguished he must put one or the other first. If he puts the spiritual first he can still taste something of Easter in the chocolate eggs; if he puts the eggs first they will soon be no more than any other sweetmeat. They will have taken on an independent, and therefore a soon withering, life.” ~C. S. Lewis 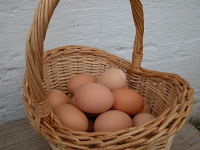