The Great Melon Harvest of 2012 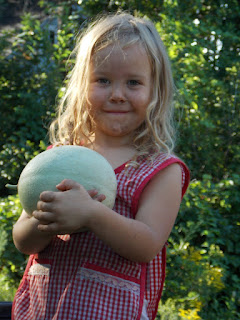 As the sun set, over the Western hills and Norwegian pines....the field, painted red in the glow, gleamed 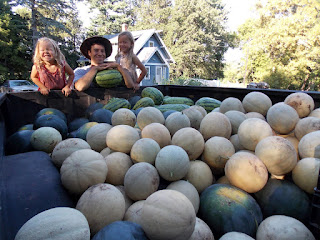 like a ravaged battle field.
Sweat trickled down into umentionable crevices, as wrestling with weary bodies and war-torn dreams, the couple lobbed melon after melon to eachother out of the vegetable acreage.
Th 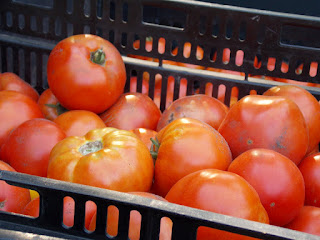 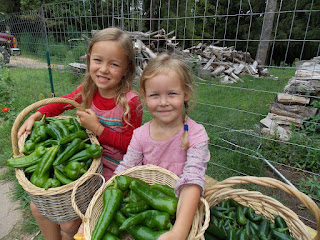 is great exodus, these hundreds of CRIMSON sweet watermelon and sugared cantelope, brought with it the realization of years of hopes and fruit-filled dreams.
"T 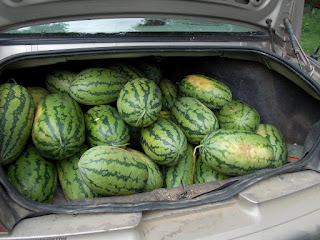 he bees" she muttered, whiping her dirt-stained brow, "It's the bee's and their knees...and their incredible work ethic." She chest-passed a basket-ball sized melon, he, waiting in the back of their rusty chevy, shuttered with the impact of it. He grinned weakly. The harvest was great. The workers few.Earlier that afternoon, shuttling the large globes in a kind of a relay to the edge of the field, their two little on 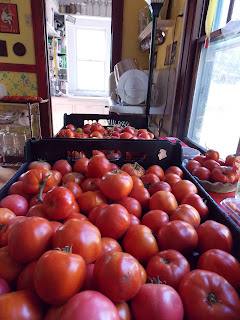 es, ages 6 and 3 became inspired to be....flower growers. "When I grow up..." they mused, pausing between loads "I'm not going to have a vegetable garden. Just flowers. For bouquets." Great chortlings and belly laughs ensued...and than quickly died down again...as abdominal muscles are required for hurling medicine balls across rows of vines and weeds....
2 days later, as she guiltily eyed the library, scene of all her once prolific blogging and BLAHging, Mrs. Farmer felt her ample arm gripped in enthusiastic passion: 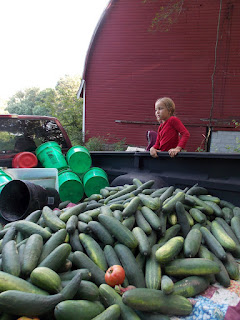 "Those melons!" he said "I've never tasted a melon like that. Perfectly ripe, so sweet, so, so....Thank you. Thank you for those." An 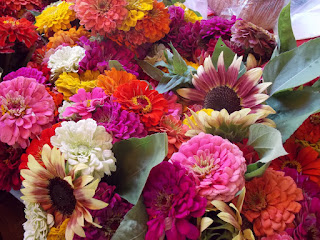 d with that he plastered a smile on her face that has not dimmed as of this writing. More later, folks.
Posted by Mr.and Mrs. Farmer at 4:28 PM