Farming and the Gift of Tears

Today we watched, stunned into a kind of awe and silent emotion as our two little girls clung to eachother 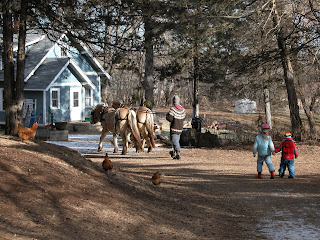 weeping. We'd been given Christmas tickets to the Theater to see Cinderella, but now that the day of the play had arrived our littlest was sick and could not go. Bothilde's eagerness and excitement had dissolved into a stream of silent tears as she comforted her sobbing sister who little stubby arms were encircling her waist. The beauty of their tearful parting pierced to the core, and most beautiful of all, the regret of the healthy child on her way to the dazzling spectacle of an Ordway show.

It occurred to me how many of our most sweetest gifts this Christmas, and in our lives have been the gift of tears. Tears have always marked tremendous 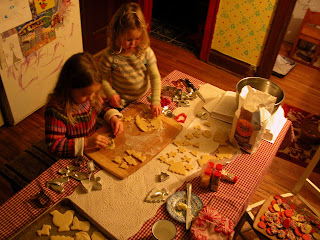 worth and beauty. They've defended dignity and been the hallmark of transcendent growth. Like the tears my Father struggled with, as we walked down the church aisle on my wedding day, like a juggler juggling too many balls, eventually one, then two slipped from him and his emotion jogged me into an even deeper realization of how the uniting of two people is something which has been the life'swork of many more...And the tears of my Grandfather, as he grappled with forgiveness on his deathbed. His family gathered around him, all we could see was the visible battle his body was losing with the cancer within him, the hollows beneath his eyes, his ashen countenance...while his spirit cast a "devil may care" glance on the physical plight, and he busied himself with the final and most important work of forgiving those who had so wronged him in this life, but would matter little in the next...Tears are chrystaline testaments to the deeper realities of life. 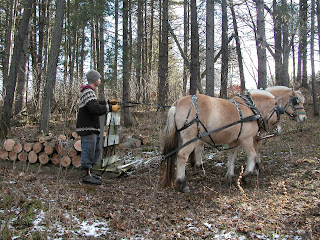 The other day we were carting out logs from a dead cherry tree that Shane had been chopping up in the woods. The prospect of more fuel for the woodstove's Winter fires was cheering, and hauling, rolling, splitting, sawing wood has become one of our favorite family chores here lately.

Unloading the pick-up bed to start splitting the chunks, one fat one rolled loose and came careening down the pile crushing my fingers. I watched as my middle finger swelled to Pavarotti proportions and the sight of the spreading purple swam before me as tears began to roll girlishly down my cheeks. I had the ironic sensation of happiness...since I had "taken one for the team" in a worth 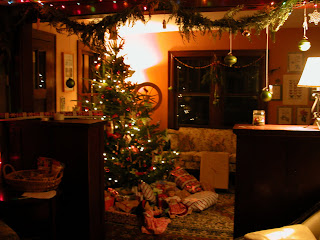 while enterprise, something which contributed to our very basic needs...and I ruminated on how many wounds and heartaches have caused the tears to flow every since we began this crazy life of farming...

There were the agonizing tears as Shane made his first ever slaughter, our first pigs, who had become in that summer and Fall, dear friends. It was a shot that he missed, and the squeeling sputtering pig turning round and round in painful circles brought tears of desperation and supplication to both my and my eldest daughters eyes...and then the ones of relief when a brave friend stepped over the hog to steady her, and the slaughter was finished with the next shot.

There were the almost tears I fought off in the local general store, as I went in to buy flour, caked over with mud after an insane day of transplanting, weeding, and draught, so struck with the complete contrast between our often solitary life in the fields and the life that went on daily in the world around us, the commuting to work, the stores and cash registers, the superstars, bargain deals, and vacation time up North, down South, or in foreign lands... 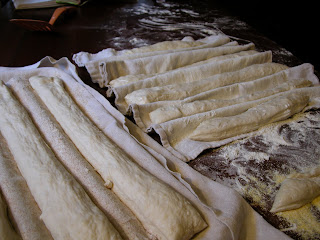 Tears and farming go together like butter and bread. The land squeezes you till you bleed tears, and then those tears water the earth, and bring in the harvest. Those tears stand guard over what you value and hold most dear. They are the standard bearers of solid gold worth. 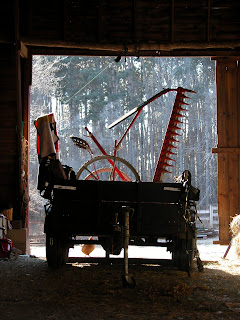 Even the tears of desperation reveal the dignity of human worth, the mattering-ness of the battle that goes on in the human heart. Sometimes they come at the birth of a baby kid, or a new Spring lamb. Sometimes they come as you throw your hammer, or pitchfork, or pocketknife, or post rammer in frustration...and sometimes they take you entirely by surprise.

I'll never forget the day we signed our lease on this farm. As we came up the hill from Marine on St. Croix and watched the fields open up in front of us backed by the ridge of fir trees, Silver Maple, and the farmhouse, a lighthouse of we 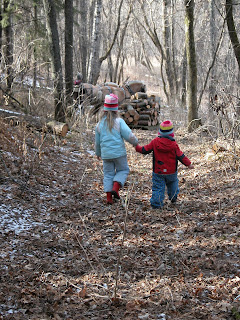 lcome on the knoll above where our CSA garden would be planted the next Spring, emotion hit me in the chest like a kick. Blinking I looked over to find my husband's face flooded with tears, his frame shaking with silent heaves. The husbandman had been given the greatest gift of good land...and with the quiet relief of a hen coming home to roost for the night, he was handing right back his sweetest gift of tears, the only precipitation which has its source in the vulnerable human heart.