Of Popes and Gypsies

Accurate knowledge of nature, the environment, and surefire admonitions about sustainable agriculture often come from the most unexpected places...to my great enthusiasm these sources of knowledge often confound our prejudices and egg us on to better ways of living despite old habits... 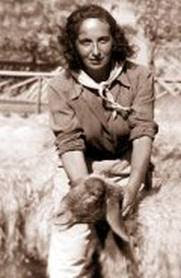 Juliette de Bairacly Levi, renowned herbalist and author, often said "We all learn from each other...and the main purpose of a garden is to have the garden as teacher and friend."

Her own path to knowledge of plants and animals was quite an uncommon one. She grew up in a wealthy family and eventually went to study veterinary medicine at the Universities of Manchester and Liverpool. Time and again she would notice the wandering gypsies and their animals, and note the evident blooming health of them as compared to the animals that were being treated by those at the University...so finally one day she just walked away from University and went to live amongst the gypsies to study herbs and the healing of animal 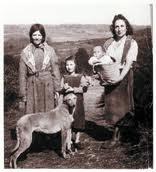 s and humans alike from them. Many of the cures she speaks of in her books have saved our bacon on the farm plenty of times. We brought back a dairy goat who for all the world looked like she was hankering on making out her will through the desperate feeding of mint tea, honey, and sage leaves, a shock restorative after sunstroke. It was from her writings on rosemary that we learned the best way to cure stomach aches in our little ones: simple sit them down in a bath infused with drops of rosemary oil.

Many liberals and conservatives alike may be surprised to learn that Pope Benedict has proven himself a passionate and informed champion of sustainable agriculture. He is a modern day gypsy, an unconventional path to accurate knowledge and wisdom concerning nature. The people who ignore him on everything else will most likely be inspired and edified by his comments on the need for small farms, and social justice. Likewise many people who adhere to everything else he says on faith and morals may indeed become uncomfortable with what he says about climate change and selfish materialism. I am finding that in farming there is no east or west- no right wing or left wing. The earth has a funny way of coming right uncomfortably down the middle...and such a solid stance challenges the rest of us.
On July 1st, in a re 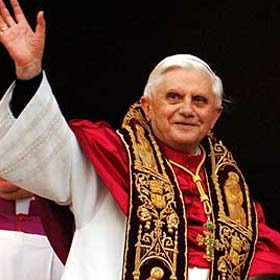 cent address to the participants of the 37th World Conference on Hunger Pope Benedict XVI
said:

"Poverty, underdevelopment, and hence hunger are often the result of egoistic behavior, that coming from man's heart, is manifested in social actions, in economic exchanges, in market conditions, in the lack of access to food, and ins translated into the negation of the primary right of all persons to nourish themselves, and therefore to be free from hunger.
Nourishment is a factor which touches on the fundamental right to life....How can we remain silent before the fact that food has become an object of speculation and is tied to the movements of financial markets, which lacking clear rules and moral principles seem fixated on the single objective of profit?
...Initiatives must be supported to rediscover the value of the family-run farm and to support its central function to obtain stable food security...
...The objective of Food Security is a genuinely human need. To guarantee it for the present generations and to those that follow also means to preserve the natural resources from frenetic exploitation, because the race of consumption and waste seems to ignore all considerations o 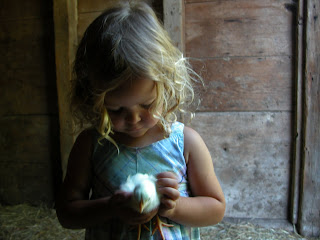 f the genetic patrimony and biological diversities, so important for agricultural activities."

In response to the current economic crises, during a November 2010 address the Pope called for a strategic relaunching of agriculture as a solution to the trouble caused bu the industrial model and called for responsible consumption and personal responsibility with regards to the environment as well as a return to rural activities, social and agricultural. He called for a reevaluation of agriculture not for nostalgia's sake, but "as an indispensable resource for the future."

In his message on the occasion of the world day of peace, 2010, the Pope chose as his theme:

"If you want to cultivate peace, protect creation" The entire address is worth quoting, but as that would make this post the size of a small book we'll settle for a few snippets: 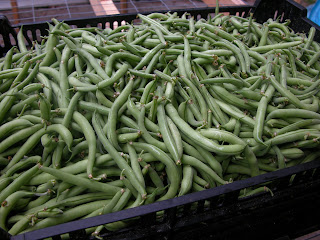 Here the pope is as passionate as a member of the Green Party,

"Can we remain indifferent before the problems associated with such realities as climate change, desertification, the deterioration and loss of productivity in vast agricultural areas, the pollution of rivers and aquifers, the loss of biodiversity, the increase of natural catastrophes, and the deforestation of equatorial and tropical regions? All these are issues with a profound impact on the exercise of human rights such as the right to life, food , health, and development." 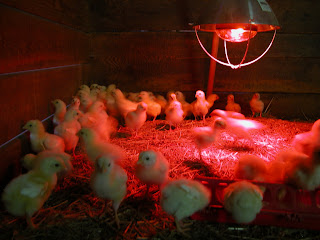 "Technologically advanced societies must be prepared to encourage more sober lifestyles, while reducing their energy consumption, and improving its efficiency."

"There is a need, in effect, to move beyond a purely consumerist mentality in order to promote forms of agricultural and industrial production capable of respecting creation and satisfying the primary needs of all."

Similar to the Native American proverb: "We do not inherit the earth from our ancestors, we borrow it from our children," Pope Benedict called for a "solidarity which embraces time and space". Meaning our love for future generations will guide our treatment of the earth's natural resource 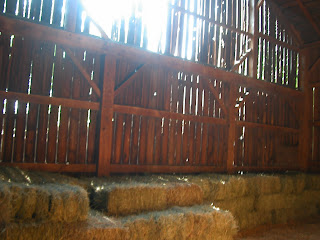 s now...we must be thinking of each other, and those to come before we purchase that second car, sign up for chemical lawn service, and ignore the farm stand in favor of the box store. Not bad for a man who is supposed to be infallible only on faith and morals.
Posted by Mr.and Mrs. Farmer at 6:56 PM